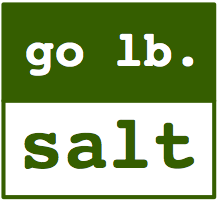 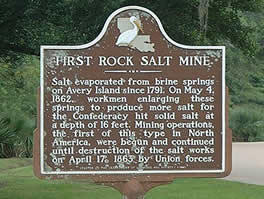 The phrase "go pound salt" orginated in the early days of commercial salt mine operations in the US.  There were a number of specific jobs performed by people who worked in the mine.  The lowest paying and most menial job was pounding large rocks into smaller crystals that could be used for cooking and curing of meats.  This job was usually given to those deemed less intelligent (the village idiot, if you will) or those who could find no other gainful employment.

The phrase became a popular way of telling someone to "go fly a kite", do something meaningless or menial, or that they were an idiot and needed to go preoccupy themselves with something mundane like crushing rock salt into crystals.

Variation on the Theme

In other parts of the country where salt mines were not common, a variation on the theme came into existence.  "Go pound sand" was adopted/ adapted to convey the same meaning and was a shortened form of the phrase "go pound sand down a rat hole."  Anyone with a modicum of intelligence and common sense knew that pounding sand down a rat hole was a waste of time, an idiotic waste of time.  The rat would quickly dig his way back out and the filled in hole would reappear.

Contrary to popular belief, both of these phrases; "go pound salt" and "go pound sand" are not vulgar.  If you find a discussion that implies a vulgar or off color connotation, this likely results from the twisted world we live in!

Our use of the slightly modified "go lb. salt" using the weight abbreviation for pound is twofold in its implication.   First, it suggests our great distaste for having to purchase salt in bulk (by the pound) or other seemingly large quantites when you only need or want a small amount.  Secondly, it suggests (we hope) that you can purchase your salt by weight, rather than by some predetermined container.  Reminiscent of days gone by and the General Store era, we thought it would be a catchier name and there-in suggest that you can purchase your salts, peppers and sugars...by the ounce.

If your family and friends want to enjoy some of the best artisanal sea salts, organic peppercorns and organic cane sugars that are available today, tell them to "go lb. salt".  If they slap you, then you didn't say it right!